Now more than 40% of Pho’s offer is plant-based 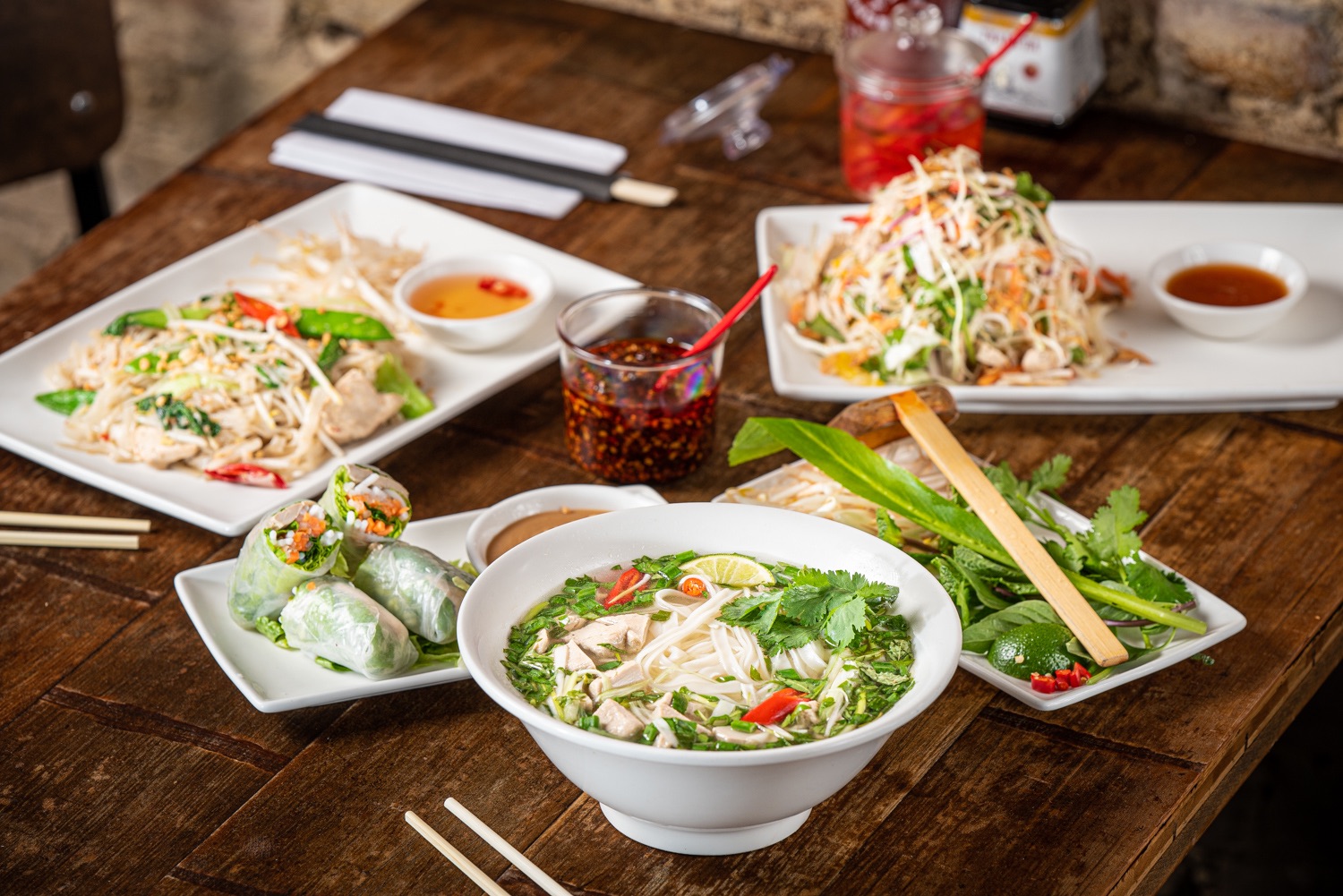 Pho, the Vietnamese street food restaurant with 29 branches across the UK, will launch a new vegan menu on 1st January 2020, with award-winning plant-based innovators, UK brand THIS™, with an amazing meat-free product that smells, feels and tastes just like chicken.

The addition of THIS™ Isn’t Chicken takes the restaurant’s vegan offering from about 25% to 40% giving more choice to both vegans and meat-eaters looking for a high protein alternative. All of the new dishes are also gluten free, and Pho is accredited by Coeliac UK.

Also new on the menu will be “prawn-less” vegan prawn crackers and a vegan version of the traditional Vietnamese sauce Nuoc Cham.

The new vegan menu will be available in all 29 Pho restaurants across the UK – (see locations and opening times via www.phocafe.co.uk).

Juliette Wall, Co-Founder of Pho: “Our menu has been more than a quarter vegan for years now, and as we started to test new plant-based products to enhance our offer for ‘Veganuary’ we were blown away by THIS. It tastes delicious and works in so many of our dishes - we think our customers are going to love it (and won’t even miss chicken!)”.

Andy Shovel, Co-Founder of THIS™: “When we created the products, the goal was to make them as versatile as possible so that they can be used in place of the real thing without compromising on flavour, texture & appearance. Our partnership with Pho is the perfect way to branch out into another cuisine and push the boundaries of what is possible with plant-based meat alternatives. They’re a really exciting restaurant brand and they’ve created some wicked dishes with THIS that meat-eaters will love.”

THIS™ Isn’t Chicken recently won a coveted PETA award for “Best Vegan Chicken”. The products mimic meat in taste, texture, appearance and even smell. Peas and soya beans are used as the base. The products contain more protein than lentils, tofu, seitan, tempeh and most actual meats. They are high in Iron & Vitamin B12, are nitrate-free and GMO free.